Modern slavery is a crime resulting in an abhorrent abuse of human rights.

It is constituted in the Modern Slavery Act 2015 by the offences of ‘slavery, servitude and forced or compulsory labour’ and ‘human trafficking’.

The Government has introduced a provision in the Modern Slavery Act 2015 which requires certain businesses to produce a statement setting out the steps they have taken to ensure there is no modern slavery in their own business and their supply chains. 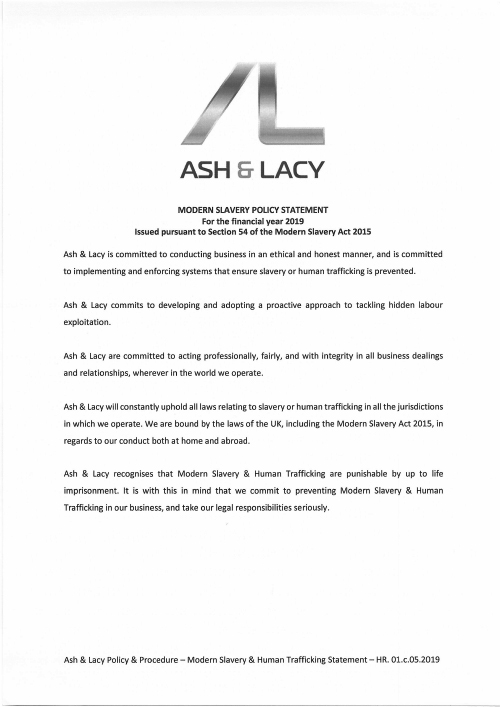